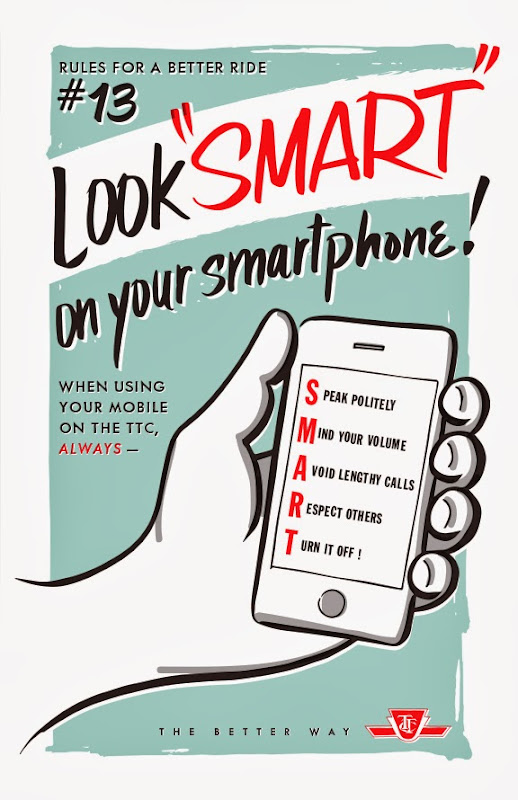 Great news! The poster I submitted to Spacing Magazine's Transit Poster Contest has been published in the Spring 2014 issue!

The brief: "to create their own original poster (or a series of posters) that promotes the TTC. The topic of the poster can be anything you desire."


I have always been attracted to mid-century posters and advertising campaigns, especially ones that feature traditional hand-lettering. I am also an advocate for common courtesy in the public space. This poster seemed like the perfect opportunity to fuse these two passions and create a campaign around transit etiquette.

The goal was to create a playfully anachronistic poster about cell phone etiquette, had cell phones existed in the 1950s. Using a simple acronym, I present five friendly reminders for "S.M.A.R.T." phone use on the TTC. These tenets were complied from my own experiences, as well as personal research. The overall style is distinctly mid-century, with it's brush script lettering, sans serif typography, traditional figural illustration, muted colour scheme, and offset ink placement.

This is one poster in a speculative series called "Rules for a Better Ride", based off of the original TTC slogan, "The Better Way". 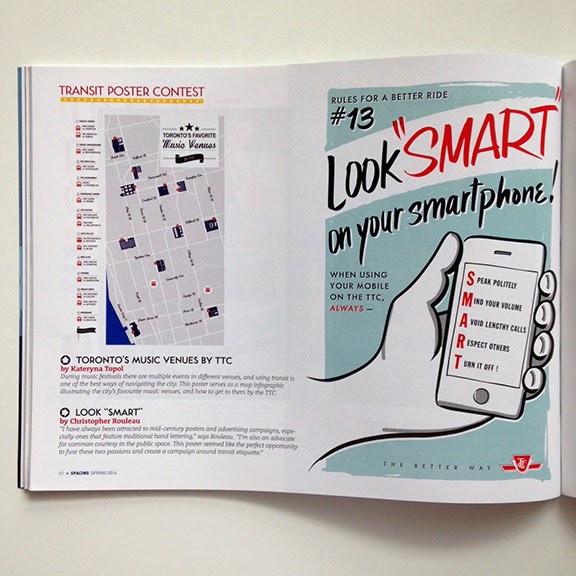 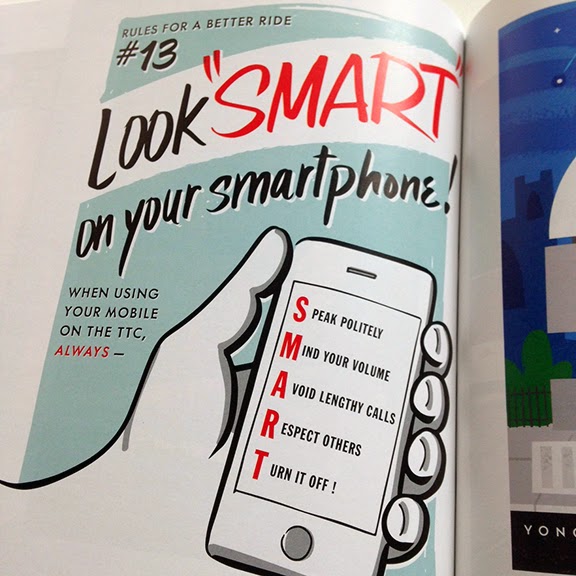 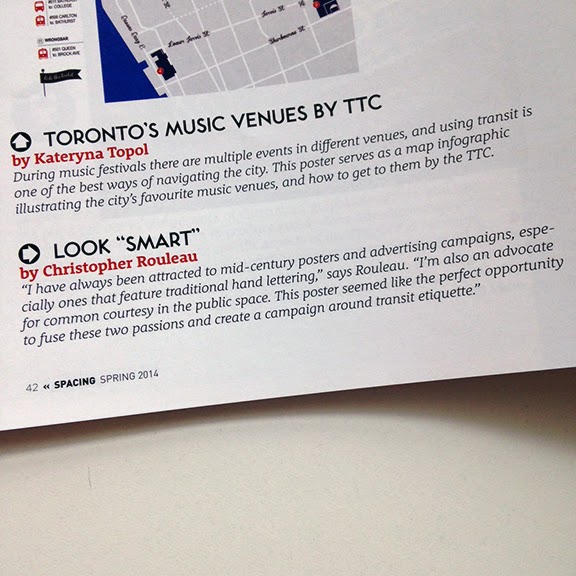 Thanks again to Spacing Magazine for this creative opportunity, and for showcasing my work!
■ 3/29/2014 Tags: awesomeness, illustration, lettering, projects, spacing magazine